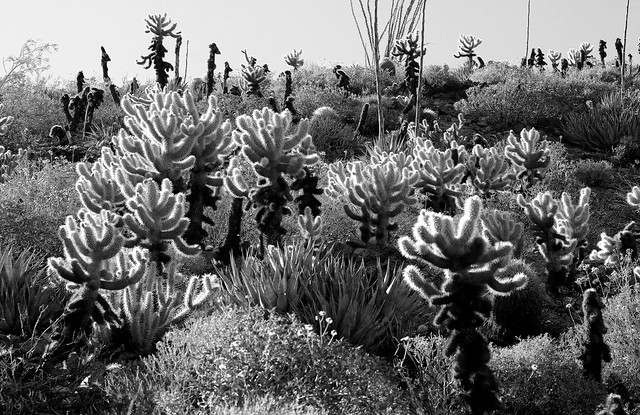 The place in question is Anza Borrego Desert State Park. The park is also a storied place that was inhabited for thousands of years by the Cahuilla, Cupeño, and Kumeyaay (Diegueño) Indian tribes, the members of which created petroglyph and pictogram rock art. In 1774, Spanish explorer Juan Bautista de Anza traversed the region. Close to two centuries later, in 1966, Cesar Chavez organized a strike in the region, and the main local landholder decided he would rather stop operations pumps than comply with the requests of farm workers picking grapes on his land.

Anza Borrego Desert State Park is a massive economic engine for San Diego County.  Borrego Springs, a town with 3000 consistent residents and a fluctuating population of seasonal residents, serves as hospitality hub for the park’s one million annual visitors.

Suzanne Lawrence is a Borrego Springs resident. In 2014, she co-founded the Borrego Valley Stewardship Council (BVSC), which works with local stakeholders to keep Borrego Springs inhabitable and economically viable. She feels confident that without the town of Borrego Springs, the park’s visitorship would decrease dramatically, which would imperil the regional economy.

The biggest issue in the Borrego Valley is water. Between 1945 and 2010, groundwater levels in the Borrego Valley Groundwater Basin declined up to two feet per year, mainly in the northern area of Borrego Valley, which houses most of the area’s agriculture. Lawrence is enthusiastic about the work being done to generate a Groundwater Sustainability Plan (GSP) for the  Borrego Valley Groundwater Basin. She tells me that the GSP broke through “50 years of denial and mismanagement” of the region’s water. In 2010, a total of 50 area wells were used for agricultural purposes, while eight serviced golf courses, and 14 provided water for residential users. Cumulatively, the agricultural sector, recreation, municipalities, and the park use four times the amount of water that would naturally recharge the basin. Currently, agriculture uses 70% of the water, golf courses use 20%, and the water board only manages the remaining 10%.

At its core, the BVSC exists to ensure that the town of Borrego Springs survives and benefits from the GSP process. To that end, BVSC members are taking a more creative look at the town as the hospitality hub for the park, relying on a geotourism program from National Geographic, and aggressively trying to buy out 70% of water from farmers.

The Groundwater Sustainability Agency (GSA), for which Lawrence serves on the advisory board, has empowered the water board to protect the region’s water supply. Borrego Springs exists on one aquifer—the town lacks any other accessible water supply. As a result of the GSP process, the water board now has management responsibility for 100% of the aquifer’s resources.

Currently, Lawrence’s goals for the GSP process are the following:

For Lawrence and her community, the stakes of groundwater sustainability are high—she says she’s most concerned about avoiding a scenario in which Borrego Springs disappears, either because residents don’t comply with the GSP and the town goes dry, or water is priced too high and everyone is forced to move away.